A quick glance at a map of North West Europe is all that's necessary to see that a powerful economic corridor exists, uniting the entire Fehmarnbelt Region.

At the Southern end of the Fehmarnbelt, Hamburg - the Port of the Two Seas – harbours huge business clusters, in areas such as; life sciences, maritime industry and aviation.

To the North, Zealand and Copenhagen are also home to a number of clusters, where the key industries are foods, cleantech and creative enterprises.

A common unifier of these clusters on Zealand and in the Hamburg area, is that they all benefit from strong governmental support. Not only do their respective governments provide funding, but, more significantly, they act as long-term partner, moderator and stimulator of ideas.

These strong industrial and business clusters also reflect the economic strength and prosperity of the entire Fehmarnbelt region. In 2009 the Gross Regional Product per inhabitant was €32.200 – or 137 percent of the EU-average. The total GRP for the whole region was € 229 billion.

At the top end, the Capital Region of Denmark had the highest GRP totalling €49.100, while Hamburg inhabitants produced an average GRP of €47.100.

The high GRP in Hamburg and Copenhagen can be partly explained by the relatively high frequency of people commuting from the surrounding areas to work in these two cities.

The major cities have an advantage in relation to attracting labour and production due to their strong economic positions and wide range of attractive companies, research institutions and administrative units.

All in all, the Copenhagen-Zealand-Hamburg axis provides a solid foundation for the almost 9 million people living in the region today. 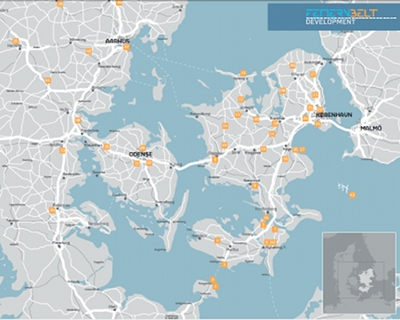